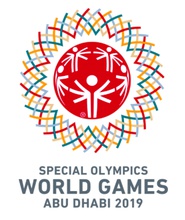 2019 SPECIAL OLYMPICS Abu Dhabi World Game is just coming around the corner to be held 14 to 21st of March. On the 7th, right on the day 105 athletes in Japan Team take off for Abu Dhabi, the athletes gather for a ceremony where they express their determination and receive encouragements from the guests in exchange. Andrea Pompilio will serve as the MC for the Japan Delegation Team Inauguration Ceremony together with Rachel Chan.

Anyone interested in joining or supporting this event in Japan, please see the Special Olympics Japan official website.